Your Private Tour of  Malaysia

Malaysia is one of Asia’s most multicultural countries. Malay, Chinese, and Indian communities have coexisted here for centuries, along with many indigenous ethnic groups. Religious tolerance and harmony are core to Malaysian values. Islam is the predominant religion, while Buddhism, Christianity, Hinduism and other faiths also thrive there. The land’s rich resources and key location made it a target for the Portuguese, Dutch, and finally, British colonial forces over the course of 400 years. This brought European influences to the culture.

The country has two distinct regions—mainland Malaysia, on the Malay peninsula between Southern Thailand and Singapore, and Malaysian Borneo, a two-hour flight to the east, across the South China Sea. Depending on your interests, your private tour can include either or both regions.

As a luxury travel destination, Malaysia is often overlooked in favor of its flashier neighbor to the north, Thailand. For those who have more travel time, are making a return visit to Southeast Asia, or are just looking for something different, Malaysia has much to offer.  There is a growing number of five-star accommodations, from heritage colonial style to chic and modern. Major cities have an array of luxury hotels and charming boutiques, while the mountains and seaside regions boast fabulous resorts. Deep in the jungles of Borneo, the facilities are pared-down, but we can arrange the best-possible accommodations for our travelers.

The sleepy city of Ipoh is on the rise as a cultural and foodie destination. The nearby archipelago of Langkawi has a peaceful atmosphere ideal for unwinding. It lies in the Andaman Sea, just 150 miles (240 km) south of Phuket and offers pretty beaches and turquoise tides without the crowds.

Kuala Lumpur (commonly abbreviated to KL) has impressive architecture. The gleaming, silvery Petronas Twin Towers, currently the tallest such structure in the world, is the city’s most famous architectural feat. The observation deck on the 86th floor offers breathtaking views of the sprawling city. The unique Skybridge joins the towers at the 41st floor.

Also in KL, the Railway Station is notable for its eclectic Neo-Moorish/Mughal/Neo-Saracenic/Indo-Saracenic architectural style. Dating back to 1884, Merdeka Square, with its Tudor-revival style Royal Selangor Club and Green, is where Malaysia’s independence from the United Kingdom was officially declared.

The most unique and dramatic cultural sight in Kuala Lumpur is the Batu Caves, a Hindu temple inside a dramatic cave at the top of 272 stairs. Macaque monkeys scamper along the stairs, providing distraction from the exertion (and stealing snacks from unsuspecting visitors). An adjacent bat cave invites those brave enough to explore it.

A two-hour drive south of KL is the small, charming city of Melaka (also spelled Malacca). The entire city center is a UNESCO World Heritage Site, for its history as a Malay sultanate in the 15th century and for the well-preserved government buildings, churches, and forts that date back to the Portuguese and Dutch colonial eras of the 16th and 17th centuries. Highlights include St. Paul’s Church, the historic Portuguese fort A Famosa, Dutch Square, and the Chinese temple Cheng Hoon Teng. After soaking in the past, you’ll find plenty of fun diversions in Melaka. Wildly decorated trishaws offer quirky transportation. On weekends, the Jonker Street Night Market is a lively place to stroll and sample local street food, and cozy bars and restaurants line the scenic Melaka River winding through the city. Dog lovers will want to visit the Huskitory, a café with more than a dozen resident huskies.

Off Malaysia’s west coast, the former colonial trading post of Penang is a compact island rich with nature and heritage. Its capital, Georgetown, is remarkable for its assortment of historic houses of worship, reflecting its historically diverse population. Notable buildings include the Muslim Kapitan Keling Mosque, the Hindu Sri Mariamman Temple, the Taoist Goddess of Mercy Temple, and the Christian St. George’s Church—all on the same road, aptly nicknamed “The Street of Harmony.” Nearby, the Khoo Kongsi is a spectacular complex built by a clan of wealthy traders from the Hokkien province in China; an elaborately ornamented temple is part of a museum on the grounds.

A relic of the colonial era, Fort Cornwallis was established in the late 1700s by the Dutch East India Company. This star-shaped fort was never attacked and remains the best-preserved, largest fortress in Malaysia.

In the Andaman Sea north of Penang sits the island of Langkawi, a pristine UNESCO Global Geopark with gorgeous beaches, hiking trails, and mangroves. It’s not far from Phuket, but this island is far more obscure, making it the perfect place to get away from it all. Several luxury beach resorts offer styles to suit every taste: eco-friendly, ultra-deluxe, romantic, and kid-friendly.

Adventure and Nature on Peninsular Malaysia

In Western Malaysia, the Cameron Highlands is a verdant region of mountain trails, strawberry farms, waterfalls, and Tudor-style inns. The cooler temperatures here provide a refreshing break from the atmosphere in often-sticky, humid Kuala Lumpur. Homesick British colonists made this area a hill station—a tropical version of their homeland countryside—leaving an incongruous landscape of English cottages shaded by palm trees.

The Cameron Highlands was made for hiking. The sight of tea plantations set in the misty mountains is breathtaking, and glorious tropical flowers are in bloom all around. We can arrange a hike for you with an experienced guide. You may wish to hike to the Mossy Forest or explore one of 14 hiking trails through the jungle.

Families staying in KL will especially enjoy a River Selangor Firefly tour near the village of Kuala Selangor. Along the way, your guide will take you to Melawati Hill to view a historic fort and lighthouse over the Strait of Malacca. A large troop of gentle silvered leaf monkeys lives here, and it’s quite common to see them scampering through the trees. After sunset, ride a small boat down the river for a magical sight: The jungle lights up like a Christmas display as millions of fireflies communicate with each other using synchronized flashes.

Adventure and Nature in Borneo

Borneo is the third-largest island in the world. The northern region is part of Malaysia, while the bulk of the south is Indonesian territory (known as Kalimantan). The tiny country of Brunei sits on the north coast between Malaysian Borneo’s two states, Sarawak and Sabah.

Sarawak is where you will find tropical rainforests and a wild terrain of giant caves and dramatic waterfalls. One of the most sought-after superlative features here is the Rafflesia, the world’s largest flower, which can exceed three feet in diameter (100 centimeters)!

Kota Kinabalu, the state capital of Sabah, is the gateway to Mount Kinabalu, Southeast Asia’s highest peak. Trekkers can climb the mountain on a two day/one-night hike.  Nearby, the islands of Tunku Abdul Rahman Marine Park are popular for water sports such as snorkeling, jet ski, and parasailing.

From Kota Kinabalu, tours head inland toward Batang Ai with a stop for a simple meal in a remote longhouse. Tribes indigenous to this part of Borneo still build these traditional communal homes raised on stilts, using natural materials found in the surrounding jungle.

Sabah is one of the last refuges for wild orangutans. Even so, their habitat is facing extinction from rapid deforestation. The Sepilok Orangutan Rehabilitation Center works to rehabilitate them back to the wild and welcomes visitors to see the daily feedings. To view wild orangutans in their native habitat, the Danum Valley Conservation Area is particularly good, with suspended walkways through virgin forests.

The conservation area near the village of Sukau is the ultimate destination for wildlife enthusiasts. On river excursions along the Lower Kinabatangan River, you can see such local species as orangutans, proboscis monkeys, crocodiles, and hundreds of bird species (including the Storm’s Stork, Bornean Ground Cuckoo, and eight types of hornbills).

The city of Georgetown in Penang attracts foodies from around the world to sample local favorites such as char kway teow and laksa from the prevalent hawker stalls. Outside the city, the Penang Spice Garden showcases hundreds of indigenous plants, flowers, bamboos, and such sought-after spices as cloves and nutmeg. You might even see a troop of monkeys pass through. Cooking classes are held in a modern, well-equipped teaching kitchen. They have lessons in local Malay and Nyonya cuisines, as well as vegetarian, Thai and Indian cuisine.

Strawberry farming is a big business in the Cameron Highlands. While there, it’s a must to stop for fresh-picked berries. Shops and cafes also sell dried berries, strawberry desserts, even strawberry-emblazoned souvenirs. Also in the Cameron Highlands, tea lovers will want to tour the Boh Tea Plantation to see how the leaves are processed after picking and to taste local varieties in the tea house.

The Central Market in Kuala Lumpur was originally built in 1888 as a wet market. Today it is a cultural and shopping center selling jewelry, clothing, handicrafts, and local snacks. A small stage outside is often used for cultural dance or music performances.

In Penang, you can visit a batik factory to see demonstrations of hand-drawn and stamped batik patterns being created. Textile-lovers can shop for scarves, clothing, linens, and art.

Customized tours in Malaysia starting from US$600 per person/per night. 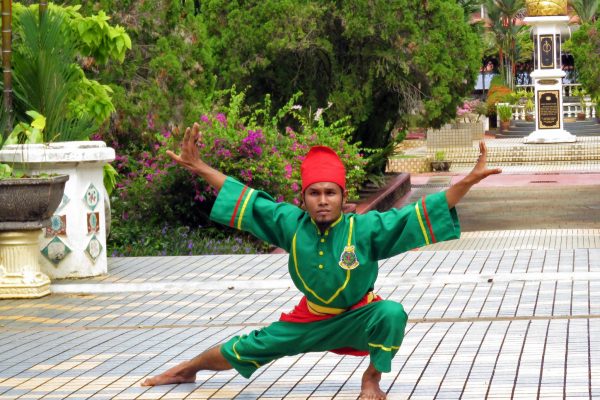 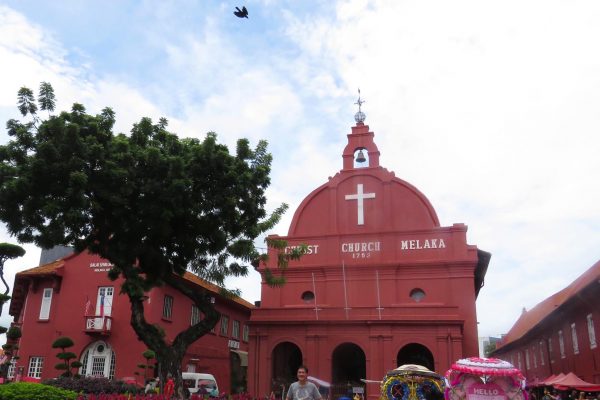 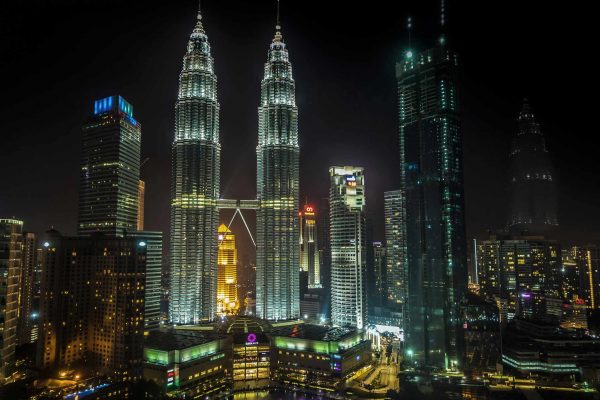 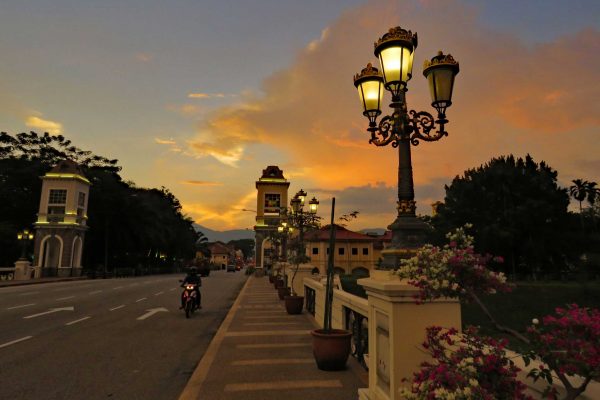 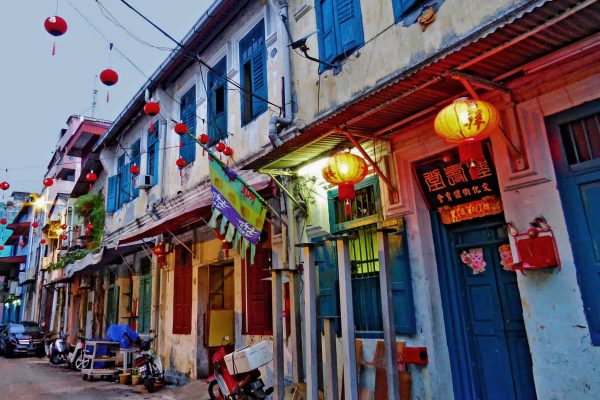 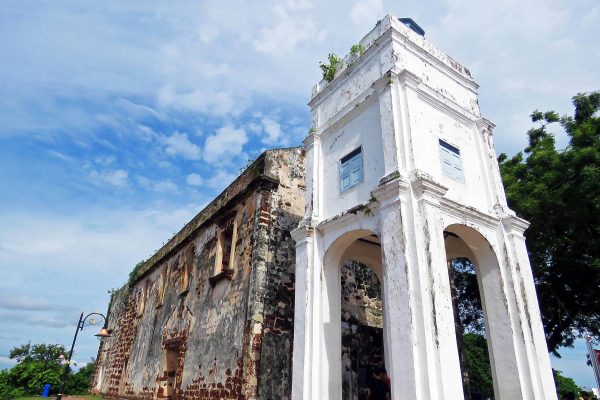 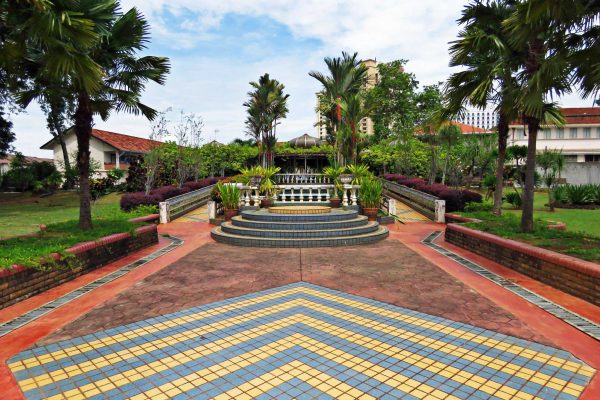 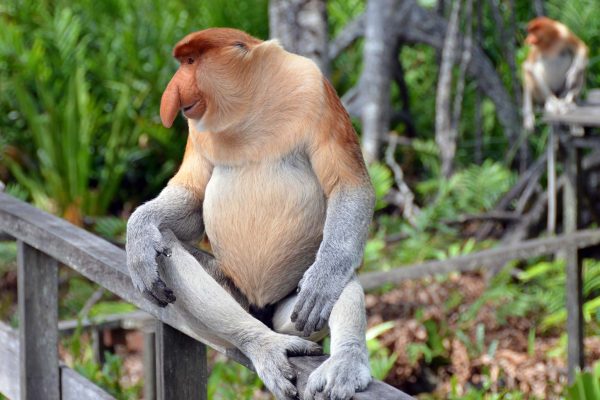 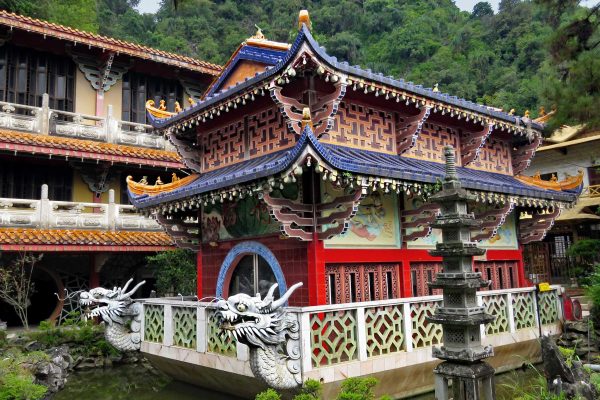 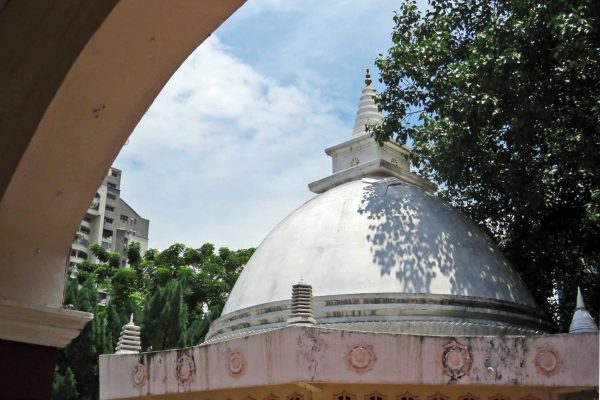 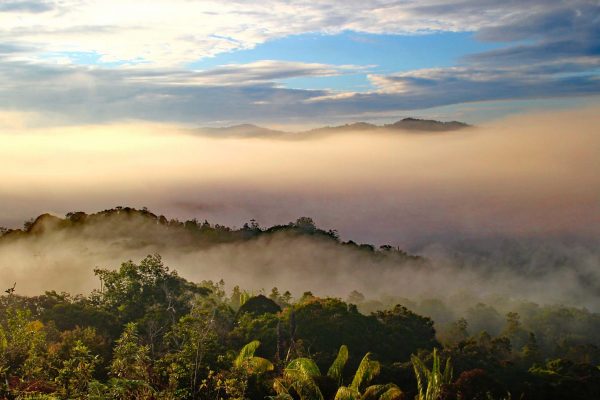 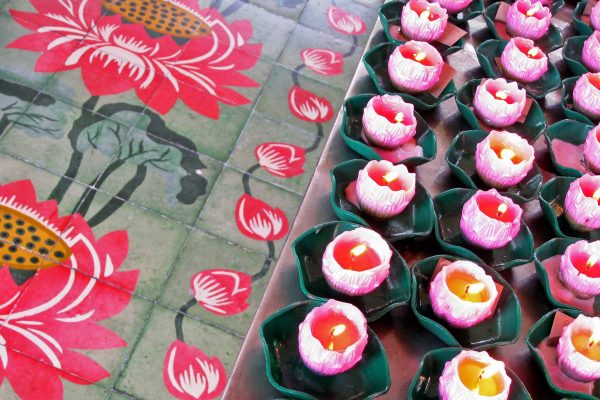 Kuala Lumpur is the capital of Malaysia, the hub for travel within peninsular Malaysia and flights to and from Borneo. The Kuala Lumpur International Airport is one of the busiest in South East Asia. There are direct flights to Kuala Lumpur from most major airports in Asia the Middle East, and Australia, as well as direct flights from London and Istanbul.

Trips to Malaysia combine easily with travel to its neighbors, Thailand and Singapore.

Malaysia’s equatorial climate makes it warm and humid. Unexpected rains can come, even in the dry season. Temperatures do not fluctuate much through the year, ranging from 72-90°F (22-32°C) in Kuala Lumpur while highland temperatures range from 59–72°F (15–22°C).

The east and west coasts of peninsular Malaysia have alternating weather patterns. On the west coast and the islands of Penang and Langkawi, the dry season is November–April and the wet season runs June–October.

For the less-visited east coast, the dry season is March–October, while the wet season (which tends to be especially rainy) is November–February.

In Borneo, the dry season extends from May through September, while rainy season is from November to January.

Of course, weather is notoriously difficult to predict, so the actual conditions during your trip may vary.

In Malaysia, as in most of Southeast Asia, the outdoors will be warm and humid while indoors may be strongly air-conditioned, so layers are helpful. A light cardigan or long-sleeved button-down shirt can be useful for chilly interiors, cool early mornings, sun protection, and to cover up when visiting holy places. In many temples and palaces, it is required to keep shoulders fully covered (i.e., no tank tops or merely scarves over tank tops); visitors should not wear anything too low-cut and should dress conservatively (knees covered with trousers, a long skirt, or at least capri pants). Shoes must also be removed to enter some temples and mosques, so sturdy sandals or slip-on shoes are convenient.

Malaysia is predominantly Muslim, so it is common to see Malay women in hijabs. Non-Muslim women need not wear headscarves, but out of respect for local customs, it is necessary to dress modestly, especially outside urban areas.

During evenings, casual dress is the norm in night markets, beach bars, and less-formal eateries. Some high-end restaurants, bars, and clubs require closed/dressy shoes (no flip flops, beach shoes, or sneakers, though nice sandals are fine for women) and long trousers for men.

Seaside resort areas are quite casual. Shorts and tank tops are fine, though swimwear should be used only at the beach or by the pool.

Malaysia on the Map